Whenever I go into Jo-Ann fabrics or Michaels, one of the first things I see are the stacks and stacks of Singers and Brother machines, sitting out in the aisles and stacked up to the rafters just waiting for someone to jump on a deal and walk out with their first, or second, or third sewing machine.

First, let's consider Mary Sew. Mary Sew wants to get into sewing. "Fantastic!" I say, and so it is. Anyone looking to getting into sewing should be welcomed with open arms. Mary has a friend named Paula Cushion. Paula, seeing that her friend Mary is getting into sewing, decides that she too would like to get into this new and exciting world! "Marvelous!" I say!

Both Mary and Paula go to their local sewing mega store. They're dazzled by all the bright and colorful fabrics, and are just absolutely blown away by the chenille, the cotton, the knit and the woven, the absolute cacophony of light and texture they find there.

After spending some time playing with the bolts and debating whether or not they want to get a serger or a regular machine, they both decide that they want to get a basic sewing machine for general sewing purposes, nothing special, given that they're both new and wouldn't know what to do with the fancier options on display.

Mary decides that she can't possibly wait one minute longer to pursue her dreams of becoming a seamstress, and with visions of sugar plums and baby blankets in her head she decides to just get the cheapest, most basic machine there is. "Since I'm new to this, I don't want to dump a whole lot of money into it right away. If I start small, I can always upgrade later," she reasons, and buys the cheapest machine at the store, a Banana 456.

Now, some backstory on the Banana brand. They used to be good, as in 'held a monopoly for nearly a century in the sewing market' good. Their name used to be synonymous with quality, but now that they're relying heavily on overseas manufacturers and they've let their quality control slip, their machines are cheaper but more prone to breakage and general issues. But given that they still have a huge market share, they're able to get a brand new sewing machine to market for Mary to purchase on sale for a mere $99 + tax.

Paula on the other hand is a little wary. She also wants to start sewing right away, but she's a little wary of the machines in the store because she's heard from other friends that those machines tend to fail after a year. Being a good friend she tries to tell Mary this, but Mary is too dazzled by the needles flashing before her eyes. Paula decides to hold off for a little bit, and goes home to do some research.

At home, Paula discovers that there are a absolute metric poop-ton* of machines on Craigslist. She finds a machine made by Banana, but it's an older machine and looks a little dated for $50. The seller (an older lady, very charming) has been using it continuously since the 1980's when she first purchased it, and proudly shows Paula all the service receipts from when she would take it in to be serviced. She spends an hour with Paula to show her how to thread it, how to oil it and swap out needles, and they have a wonderful time. The original listing was just for the machine and pedal, but the seller remembers at the end of the visit that she has a ton of machine specific accessories, and throws them in for Paula for free.

Paula takes them of course, and also writes down the number of the repair shop where the previous owner took the machine. The repair shop turns out to also be a fabric shop, independently owned, and Paula meets some of the local quilting guild members while she's scheduling her machine's maintenance for $20. Paula joins the guild, and attends some classes to learn how to sew and use her machine to the fullest.

A few months down the road, Mary's machine starts jamming and stuttering. Based on Paula's recommendation, she takes her machine to the same shop for repairs, only to find that it's going to cost her $40 to repair it because the machine is so jammed up with threads and lint that she didn't know she had to remove (due to not getting any lessons on the machine when she bought it). Frustrated, she pays for the repair, but stops using it because "It's just going to jam up again, why bother?" And who can blame her? For Mary, her $100+ investment has suddenly jumped 40% because of things she never realized were core necessities for this new hobby.

Paula on the other hand has made half a dozen new friends at the sewing guild, and is making plans to attend the local big sewing and quilting show in a month's time. She invites Mary hoping to rekindle her friend's interest, but gets turned down because Mary doesn't want to "waste money on that silly hobby".

So what in the end was the cost?

If we take this just in terms of straight entertainment value, Mary paid more than twice as much for a tenth of the fun. Because her machine broke down and needed post-mortem maintenance, she spent much more per hour than Paula. On the other hand, Paula had to spend a few more hours total (driving to pick up the machine, getting the lesson, spending time at the repair shop chatting about her new hobby), but spent half as much, and in the end is far more likely to continue in the hobby.

Is this story contrived? Horrifically so. I mean, come on, I told you I had an agenda right from the get go. But I've seen it happen too many times to people getting into the hobby. It's why when one of my friends mentioned she wanted to learn how to quilt I brought her one of my spare machines that I had learned to repair and clean, and spent an hour or two showing her how to use it and how to sew and maintain it.

I don't fault people who dive into the hobby without knowing what they're getting into. But by taking the time to get a quality machine and learning how to use it, you're going to have a machine that will be there for you when you need to quickly repair a strap, or decide to pick up sewing again, or a child wants to be a dragon for Halloween and you can't find a costume anywhere. 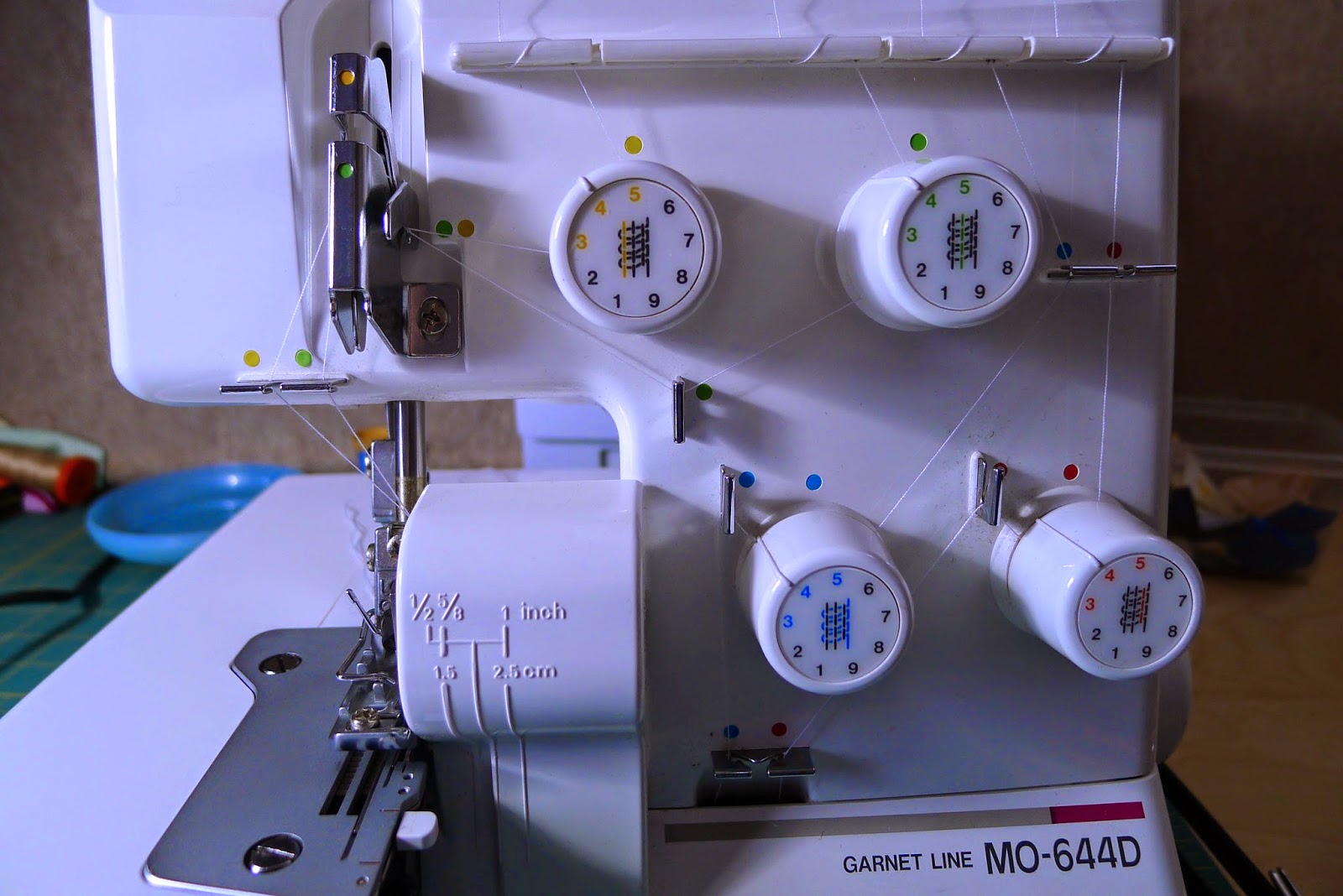 The thing that inspired me to write this post was my experience recently buying the serger I posted at the top of this post. See, I want to make costumes for me and Glenn for PAX East this year, but I'm tired of trying to sew clothing seams with a zig zag. And after taking the serger for a test run, I'm glad I picked it up! 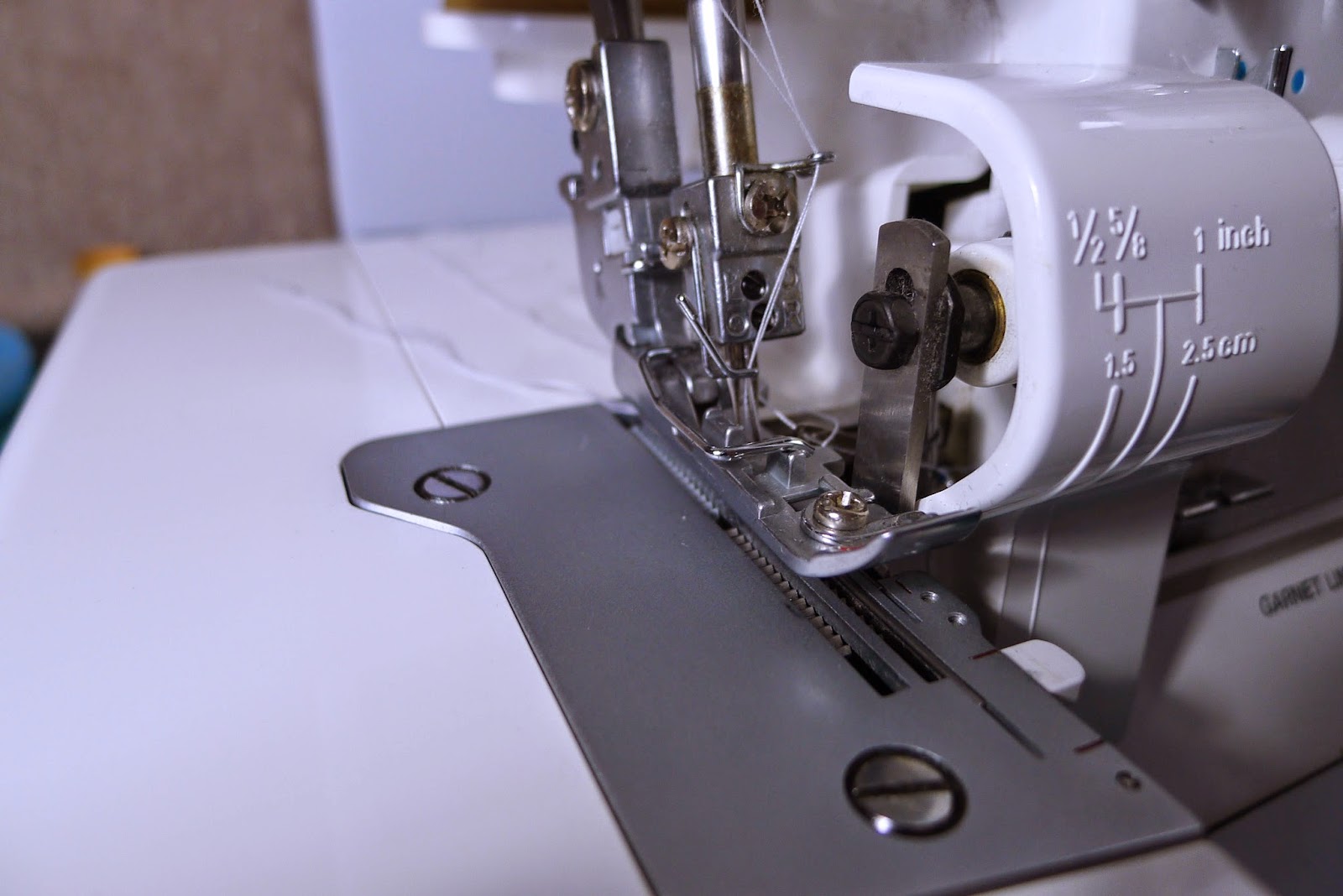 I found the seller on Craigslist, selling this lovely Juki for $150. For perspective, the CHEAPEST serger I could find at Joann's was going for $199, available only online. The machine, when brand new, is $300ish, but was originally north of $700. The serger has all its parts, and the seller told me she's only selling because she upgraded recently. 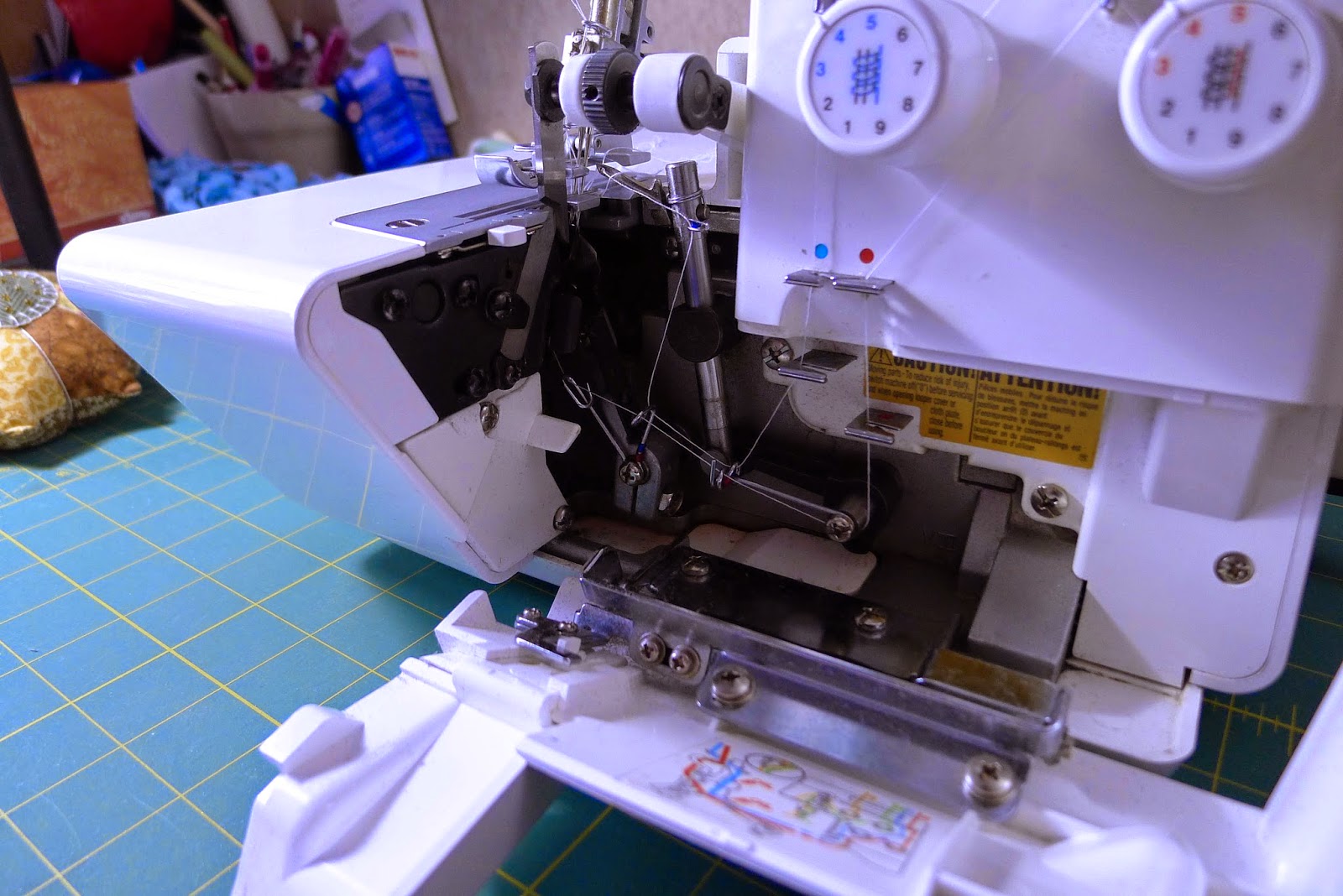 After half an hour with my dust buster of doom and q-tips and $24 worth of thread, I now have a fully functioning serger made by one of the best manufacturers around. The machine itself looks like it's brand new--no scratches, and all the metal is clean and rust free.

Want to know how you can find amazing deals like this on your own? My number one rule is...

If the seller puts a reasonable amount of effort into the listing, it's worth checking out.

Basically, if they take the time to post a few pictures, and write something unique about the machine (instead of copy pasting from the manufacturer's website), it means they spent time using the machine and know whether it's good or bad, or what it needs to work properly for some time.

Whew. Ok. This is a pretty damn long post, but to be fair, I've been gone for a while too. :) I hope you enjoyed it, and I'll see you next post!
Email Post